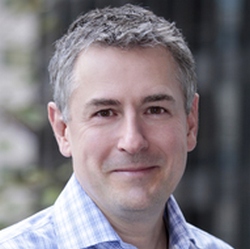 Dr. Weiss, head of The Brattle Group’s climate change practice, specializes in issues broadly motivated by climate change concerns, such as renewable energy, energy efficiency, energy storage, the interaction between electricity, gas and transportation, and carbon pricing and the impact these changes have on existing assets, market structures, and long-term planning needs for electric utilities in North America, Europe, and the Middle East.

His consulting and expert testimony experience have focused on the impact of changing regulatory and incentive frameworks for low-carbon technologies, on the economics of both renewable generation sources and existing generation assets, and on the design of efficient incentive mechanisms for renewable energy, energy efficiency, energy storage, and climate change measures.

Jürgen has advised clients and authored reports on the design of incentives for renewable energy, the impact of renewable energy on existing wholesale markets, the role energy storage might play in future energy systems characterized by an increasing share of renewable energy, the optimal choice of alternative approaches to lowering energy consumption and/or GHG emissions, and the implications of a changing energy system on wholesale market design. He has also been active in determining the value of electric power assets in a quickly changing market environment.

Jürgen has testified in U.S. state and federal courts, as well as in state regulatory proceedings on related issues, most recently on several long-term contracts for renewable power projects. He has served on advisory councils as diverse as one for California’s Low Carbon Fuel Standard and the King Abdullah City of Atomic and Renewable Energy in Saudi Arabia.