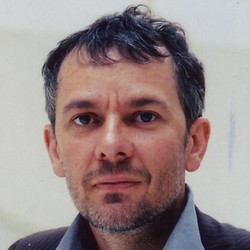 Pierre Serre-Combe is currently the  Assistant Director for the Solar Research Institute in Corsica and the National Energy Storage Program.

Mr. Serre-Combe gained his Engineering degree in 1990 at the Ecole Nationale Supérieure des Arts et Métiers. He started his career as an engineer in charge of the approval testing for  a fully automated subway system in Lyon.

In 1991, he joined the CEA, a Public research Institute with a mandate to develop a high pressure vessel for hydrogen.

In 1996, he was nominated Deputy Manager of the Electrochemical Storage Laboratory at the CEA with responsibility for developing hydrogen and fuel cell technologies.

In 2001, he was nominated as Head of Laboratory and managed a team of around 50 people to intensify R&D activity on hydrogen and fuel cells.

Since 2005, Pierre Serre-Combe has managed several annual Meuro programs addressing Hydrogen Technologies and has since designed with his colleague, Pr. Poggi, the MYRTE project coupling Renewable Energy with Hydrogen-Energy Storage.

Mr Serre-Combe has chaired the national committee for the standardisation of Fuel cells (IEC/TC105) and Hydrogen Technologies (ISO/TC197) and teaches hydrogen energy and energy storage in several French Universities and is a national representative of different working groups of international organizations (IPHE).

He contributes to several peer reviewed books and publications.