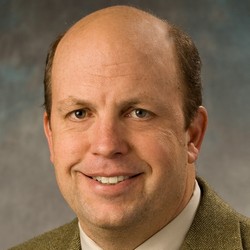 Mike Perry joined United Technologies Corporation (UTC) in 1999 to work on Polymer Electrolyte Fuel Cells (PEFC). Mike and five of his UTC colleagues were awarded the 2012 New Electrochemical Technology Award from the Electrochemical Society for developing durable PEFC technologies, which has enabled a fleet of commercial transit buses to operate with cell stacks for over 16,000 operating hours. In 2008, Mike transferred from UTC’s fuel-cell business unit to UTRC, where he initiated a project on advanced flow batteries. This flow-battery technology was selected for a 2013 R&D 100 Award. Mike has over 60 distinct issued patents or filed applications related to fuel cells and flow batteries. Mike earned a M.S. degree in Chemical Engineering from U. C. Berkeley, which he completed after serving for nine years in the U.S. Navy as a Naval Aviator.