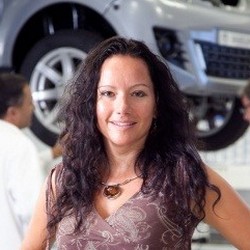 Florence Lambert joined the CEA in February 2000 and quickly rose through the ranks of the organization in a number of managerial roles linked to energy storage systems/renewable energies. From 2006 she joined the National Institute for Solar Energy (INES) and helped the organization forge strong links with Europe. Her laboratory became the central co-coordinator for over ten European projects with a large number of patents and publications spinning out of the lab during this time.  As winner of the German ministry for research’s EON prize in 2008, she was awarded 1M€ in funding for her laboratory.

From 2009 she has led CEA-LITEN’s transport department, focusing on the development/integration of two key components: lithium-ion batteries and fuel cells and played a key role in further developing low-carbon emission vehicles in France. Within this context LITEN’s focus on Li-ion batteries and the growth of a leading global technology platform have subsequently helped accelerate the speed at which technologies are transferred to industry. As CEO for LITEN (1400 researchers) she currently heads a team covering a variety of technological domains including: solar, transport, hydrogen, biomass and nano materials.