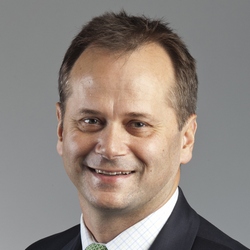 Jean-Yves Lagarde is a Vice President in Strategy – Alliances & Acquisitions for the $13 billion Partner & Building business, the largest unit of Schneider Electric. Prior to joining Schneider Electric in 2011, he spent more than 10 years in Venture Capital, notably as the Partner leading the technology practice of a $400M Boston-based institutional fund. In such role, he led investments in start-ups in the US and Europe, always taking active roles on the Board. He helped build companies from very early stage to successful exits such as the 2010 IPO of Calix and the sales to strategic acquirers of Tropos to ABB or SensorLogic to Gemalto. He was an investor in A123 Systems which also went public in 2009. Finally while building the management team of one of its early stage portfolio companies, Jean-Yves was an Entrepreneur and CEO. Jean-Yves Lagarde has been in the USA for 20 years after starting his career in the UK, France and Africa. Jean-Yves holds a degree from an engineering school in Toulouse (France) as well as an MBA from Dartmouth College.