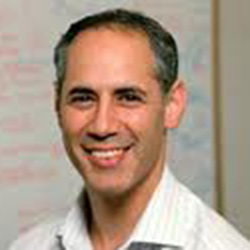 Daniel Goldman is a co-founder of CEVG and brings 20 years of energy industry experience in strategy, corporate and project finance, project development as well as private equity and early stage venture investing. He has worked globally, with a focus on Asia, on energy related deals and has been involved in over $4 billion of financial transactions.

Currently, he is the Executive Vice President and Chief Financial Officer of GreatPoint Energy, Inc., a technology-driven natural resources company and the leading developer of a proprietary, highly-efficient catalytic process for converting coal into natural gas while capturing all carbon dioxide. GreatPoint is backed by leading financial firms, including Kleiner Perkins Caufield & Byers and Khosla Ventures, as well as strategic investors, including Dow Chemical, Suncor Energy, AES Corp. and Peabody Energy. Mr. Goldman led GreatPoint’s $103 million Series C financing; at the time, one of the largest venture investment deals ever completed in the clean tech segment and overall one of the largest venture capital deals of 2007, and he has overseen the Company’s development activities, finance function and strategic relationships.

Prior to joining GreatPoint Energy in July, 2006, he was a co-founder and Chief Financial Officer of New Energy Capital Corp., one of the first investment companies focused exclusively on investments in clean energy projects (renewable energy, renewable fuels and distributed generation).