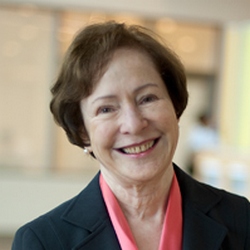 Suzanne Berger is Raphael Dorman-Helen Starbuck Professor of Political Science. Her current research focuses on politics and globalization. She recently co-chaired the MIT Production in the Innovation Economy project, and in September 2013 published Making in America: From Innovation to Market. She created the MIT International Science and Technology Initiatives and directs its MIT-France program. She participated in the 1989 Made in America project at MIT. She wrote Made By Hong Kongand Global Taiwan (with Richard K. Lester).

She is the author of Notre Première Mondialisation and How We Compete. Her earlier work focused on political development (Peasants Against Politics) and the organization of interests (Dualism and Discontinuity in Industrial Societies and Organizing Interests in Western Europe.)  Suzanne Berger served as Head of the MIT Department of Political Science, founding chair of the SSRC Committee on West Europe, and Vice President of the American Political Science Association. She has been elected to the American Academy of Arts and Sciences. The French government has awarded her the Palmes Academiques, Chevalier de l’Ordre National du Merite and the Légion d’Honneur.