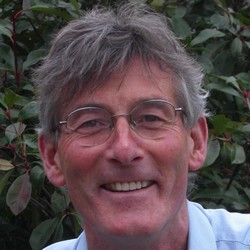 Henri Van Damme is invited professor in the Civil & Environmental Department at MIT, on leave from the Ecole de Physique et Chimie Industrielle de Paris (ESPCI-ParisTech) where he has been professor since 1999, after fifteen years as director of a CNRS laboratory in Orléans. He joined the MIT-CNRS (French National Center for Scientific Research) unit in February 2014. His current research interest is focused on the physics of source rocks and cement-based materials. Henri Van Damme has also been scientific director of IFSTTAR, the French Institute for Science & Technology of Transportation, Development and Networks, from 2009 to 2014 and project manager in the department of Sustainable Energy and Environment of the french National Research Agency (ANR). From 1995 to 2000, he was president of the Condensed Matter Physics division of the National Committee for Scientific Research.