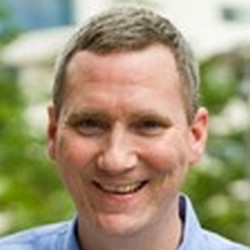 Tom Jarvi is presently the General Manager, Lockheed Martin Advanced Energy Storage, LLC (LM-AES).  Tom was appointed to his present role following the founding of LM-AES which followed Lockheed Martin’s acquisition of the assets of Sun Catalytix Corporation in August, 2014.  From 2010 until accepting his current role, Tom served as Chief Technology Officer of Sun Catalytix Corporation.  Tom was instrumental in developing the partnership strategy at Sun Catalytix that ultimately led to Lockheed’s acquisition of its assets.  During his tenure at Sun Catalytix, the technology currently under development at LM-AES was invented.  Tom led the team through a comprehensive market-focused, cost-driven evaluation process to identify its most promising technology direction.  Prior to joining Sun Catalytix, Tom was the Director of Cell Stack Engineering and Technology Development at UTC Power Corporation, at the time a world leader in fuel cell technology and deployment.  During his time at UTC Power, Tom was intimately involved in resolving durability problems, and developing and commercializing transportation and stationary fuel cells with record-setting levels of endurance.  Before his time at UTC Power, Tom led significant programs at the United Technologies Research Center where his efforts focused most notably on fundamental degradation mechanisms of fuel cells.