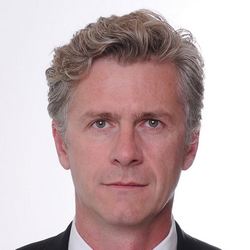 After completing his education in engineering, Yves-Laurent worked in the agricultural/food industry and participated in the construction of a new production site. Next, he served in the military as an international volunteer for the economic service of the French Embassy in Buenos Aires, Argentina, supporting French businesses in their expansion into foreign markets (market research, establishing partnerships and joint ventures). After three years as economic advisor at the French Embassy in Rabat, Morocco, Yves-Laurent joined the French Minister of Finances in Paris. In 2007, he was named Economic Counselor in Berlin, where he worked principally on the French-German industrial cooperation. He has been in charge of industry and innovation in Washington since October 2014.